The ABC's of Safe Sleep Initiative


On October 17th, a press conference was held at HSHS St. Elizabeths Hospital to help recognize and support Infant Safe Sleep Awareness Month. This statewide prevention and educational campaign is aimed at reducing the risk of sleep related infant deaths. In attendance were HEALTHIER TOGETHER, our Maternal and Child Health Work Group and several of their partners including the Illinois Department of Children and Family Services (DCFS), HSHS St. Elizabeths Hospital, and SIHF Healthcare. These teams have joined forces to help prevent sleep related infant deaths within southern Illinois where there were 143 deaths to infants under the age of 1 year. Twenty-five of these deaths were in the southern Illinois region consisting of 14 counties. Unsafe sleep is the leading cause of death for children age 1 and younger 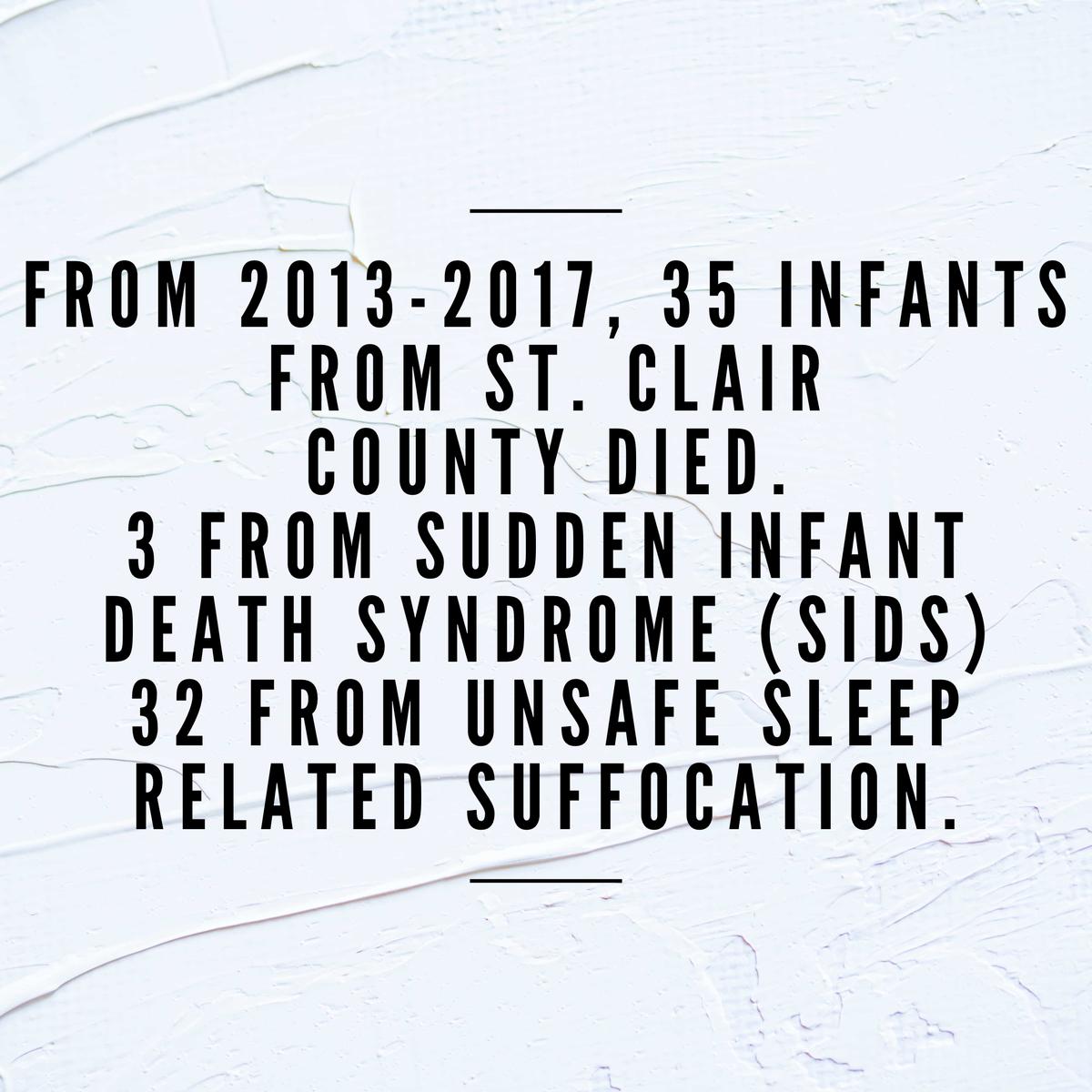 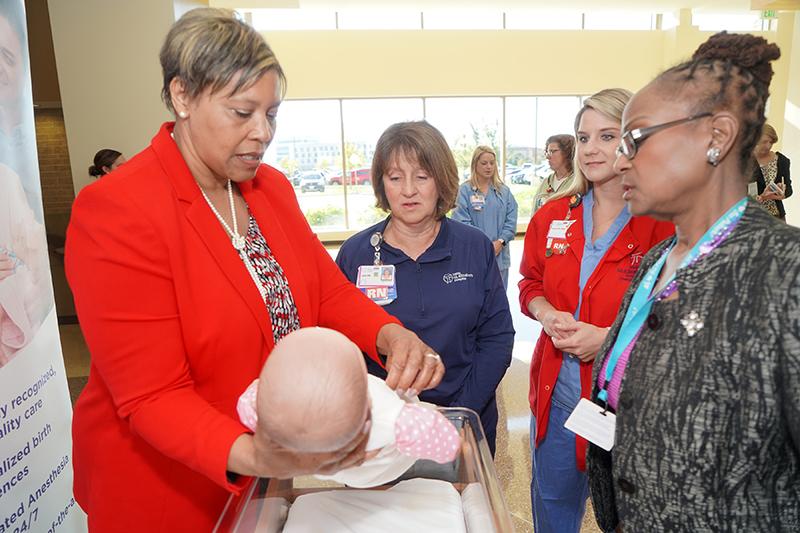 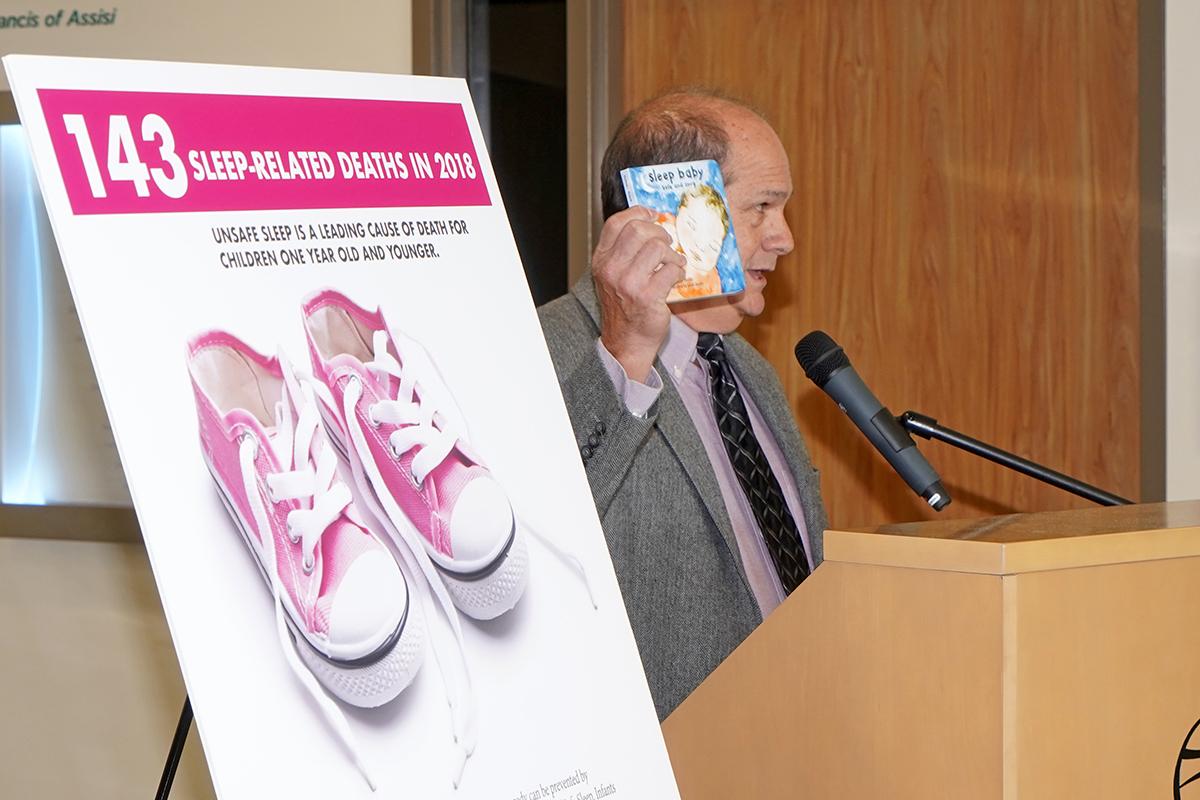 During the years 2013-2017, St. Clair County experienced the death of 35 infants. Three of these were caused by Sudden Infant Death Syndrome while 32 of the deaths were caused by unsafe sleep related suffocation. This sparked an initiative with the Maternal and Child Health (MCH) Work Group, Healthy Start Consortium and other community partners who agreed that promoting Infant Safe Sleep and providing education about Safe Sleep and Sudden Infant Death Syndrome (SIDS) risk reduction was a high priority. During September, which is recognized as Infant Mortality Awareness Month, and October, which is recognized as SIDS Awareness Month, the HEALTHIER TOGETHER partnership provided Memorial Hospital Belleville, Memorial Hospital East, and HSHS St. Elizabeth's Hospital with Safe Sleep items for each mother and their newborn. The items included a book entitled Sleep Baby Safe & Snug, in both English and Spanish, as well as an ABCs of Safe Sleep Onesie. By doing so, the hope is that all new parents within St. Clair County receive the proper education on infant safe sleep so that their newborn can live to see day 366. The items given will serve as a reminder of the ABCs of Safe Sleep practices: that your baby sleeps safest ALONE, on their BACK, and in their own CRIB.