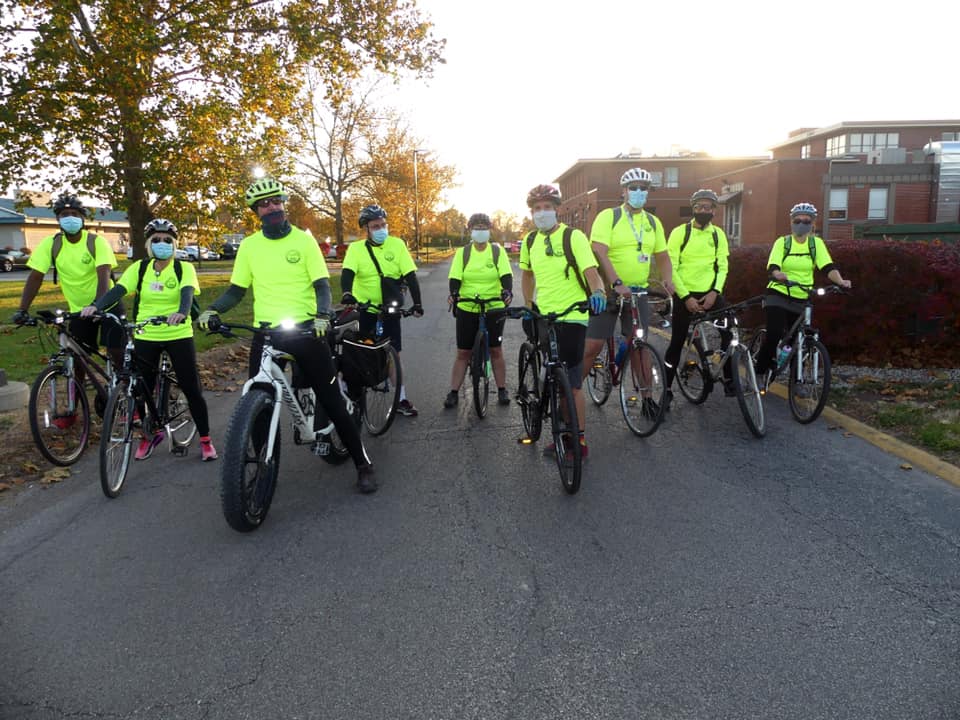 
The HEALTHIER TOGETHER movement is delighted to work alongside a creative and proactive initiative that is having a profound impact in the communities of Centreville, East St. Louis, Alorton, Fairmont City and Washington Park. Known as the Touchette Regional Hospital Bicycle Food Mission (TRHBFM), this not-for-profit initiative was founded in 2020 as the brainchild of the Hospitals President, Jay Willsher, an avid cyclist who brought the idea over from his hometown of Des Moines, Iowa. Willsher states, We have the pleasure of serving six housing projects surrounding our hospital here in Centerville, the homeless population of East Saint Louis, and five mobile home communities in the Washington Park & Fairmont City areas which includes a large Hispanic speaking population of our community. Weekly, we engage and serve a host of men, women, and children including a large senior population." 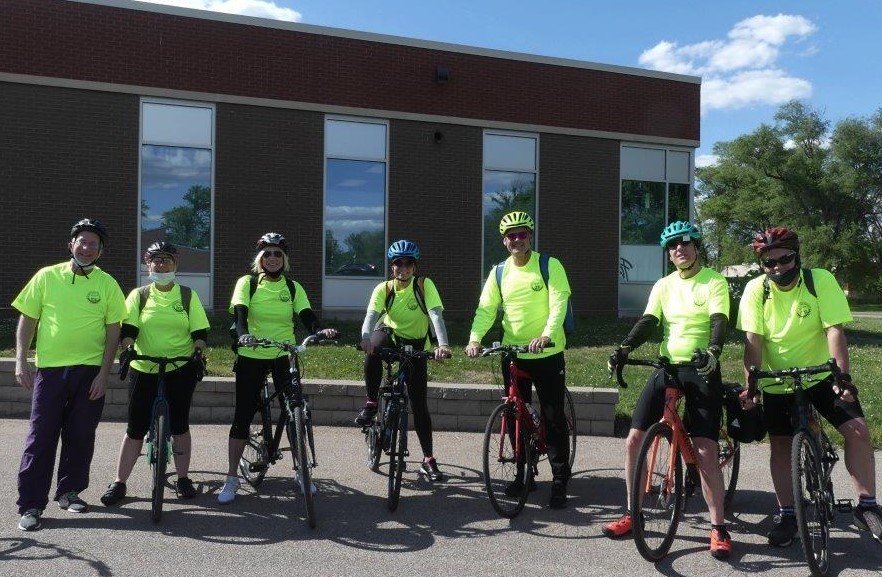 Each week, nearly 1,000 people are provided with healthy food options. 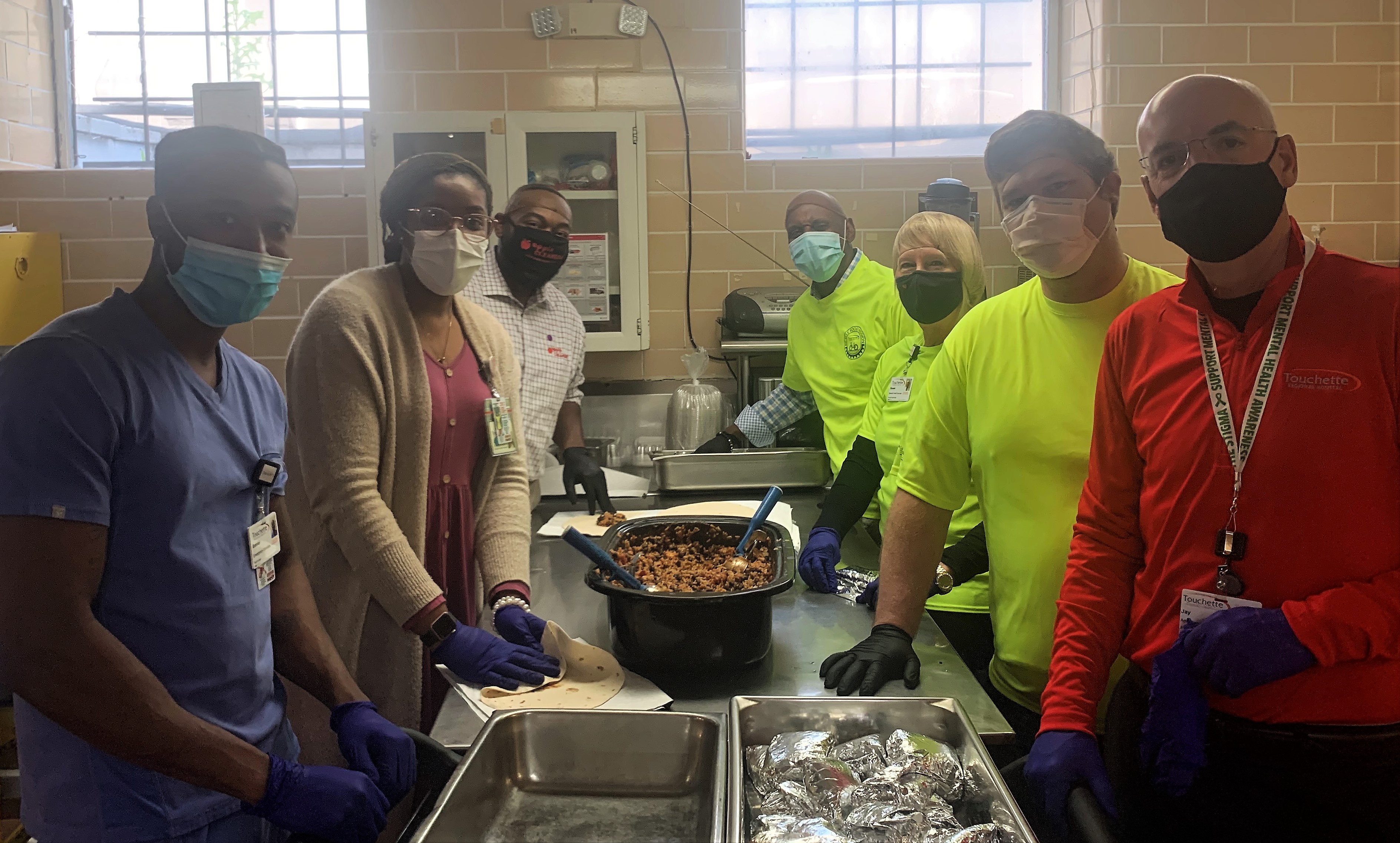 Hospital volunteers prepare the famed "Square Burrito."
Food is carried by backpack and delivered with a safety & supply vehicle in tow. 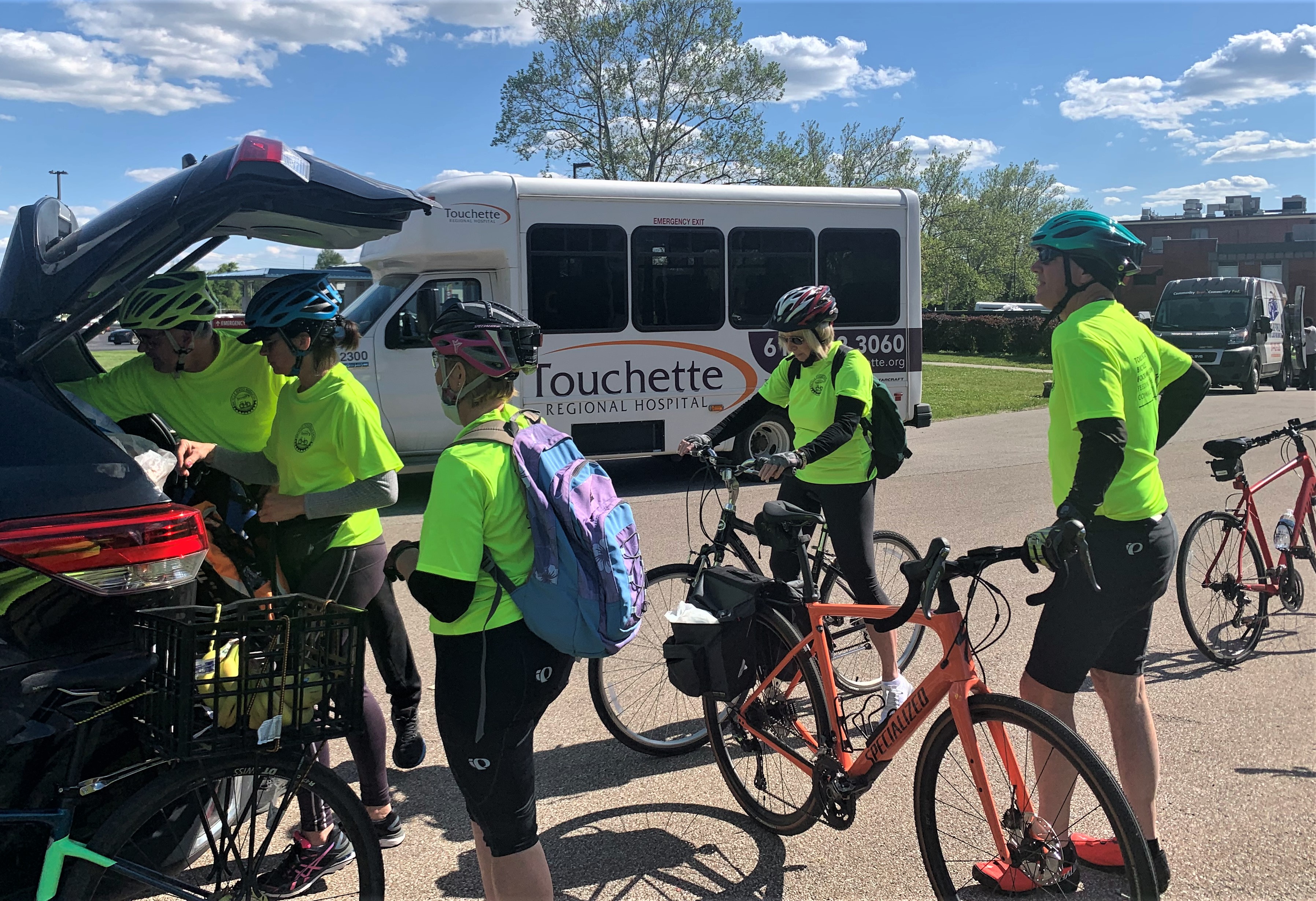 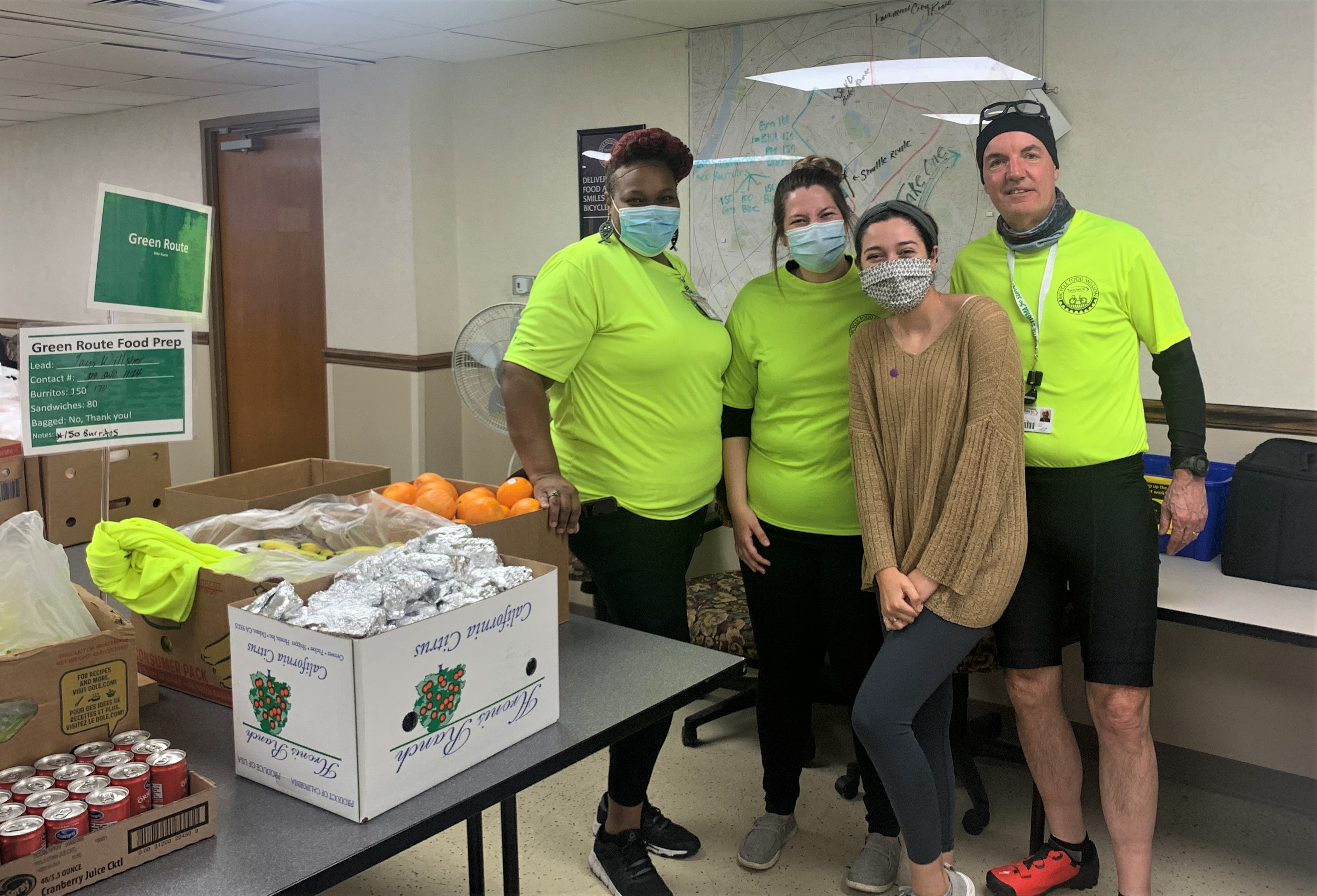 They also help pack over 500 units of food each week.
Larger food supply boxes are available to families and the homeless shelter. 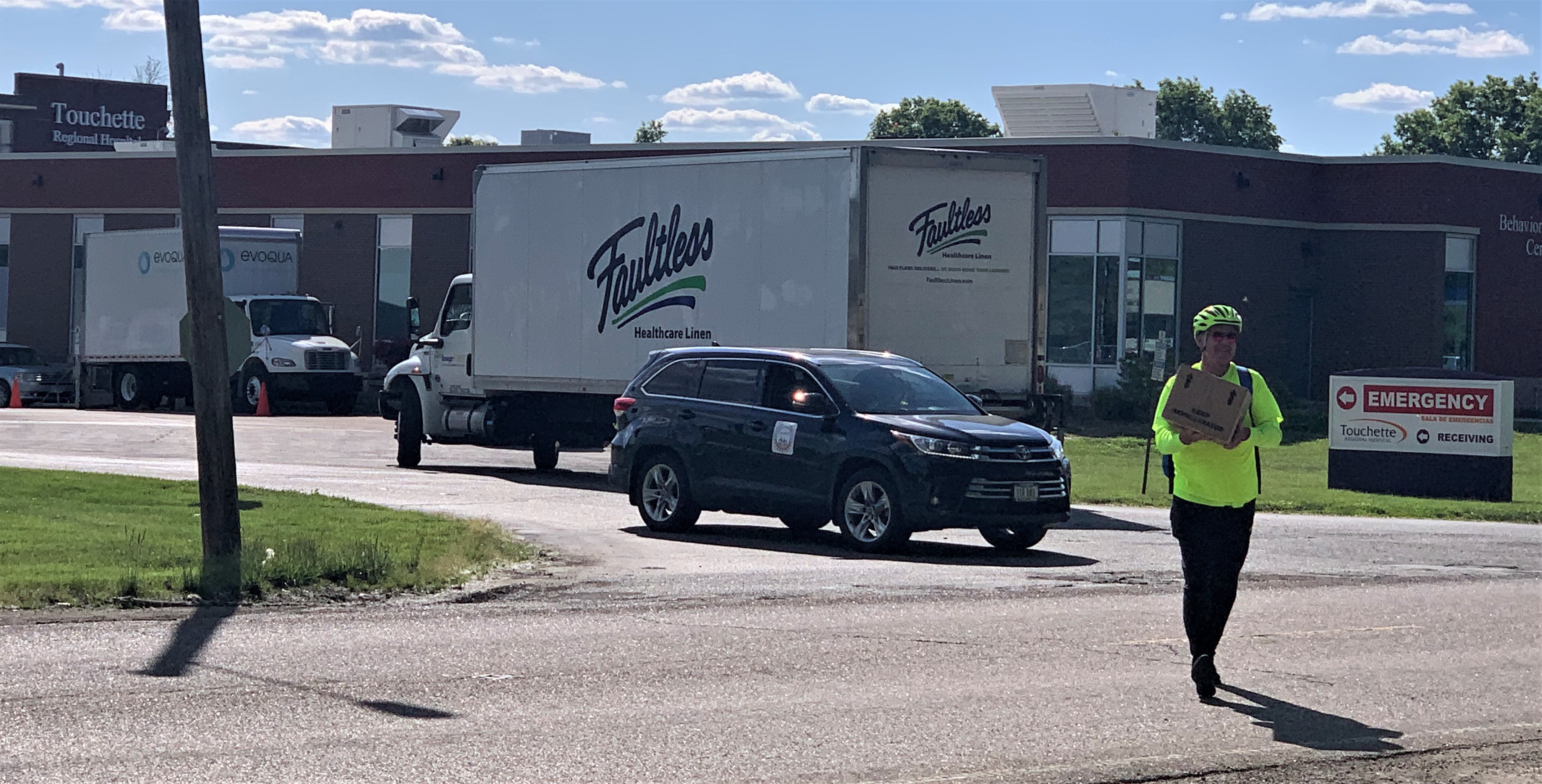 Every Thursday afternoon, between 20 and 40 doctors, hospital staff, community members and bicycle enthusiasts volunteer to serve the communities of Alorton, Centerville, East Saint Louis, Washington Park, and Fairmont City providing signature high protein burritos, turkey and ham sandwiches, bananas, and other healthy food options to nearly 1,000 people. TRHBFM has received community requests to expand and include more routes. They already have a remarkable record of accomplishment and success. At the beginning of the project, their sole route was the biker's route with an estimated 100 units. Today they service four routes affecting areas as far as 15 miles from the hospital. Thanks to public donations and partner contributions for fresh produce, they now serve up to 500 units of food. 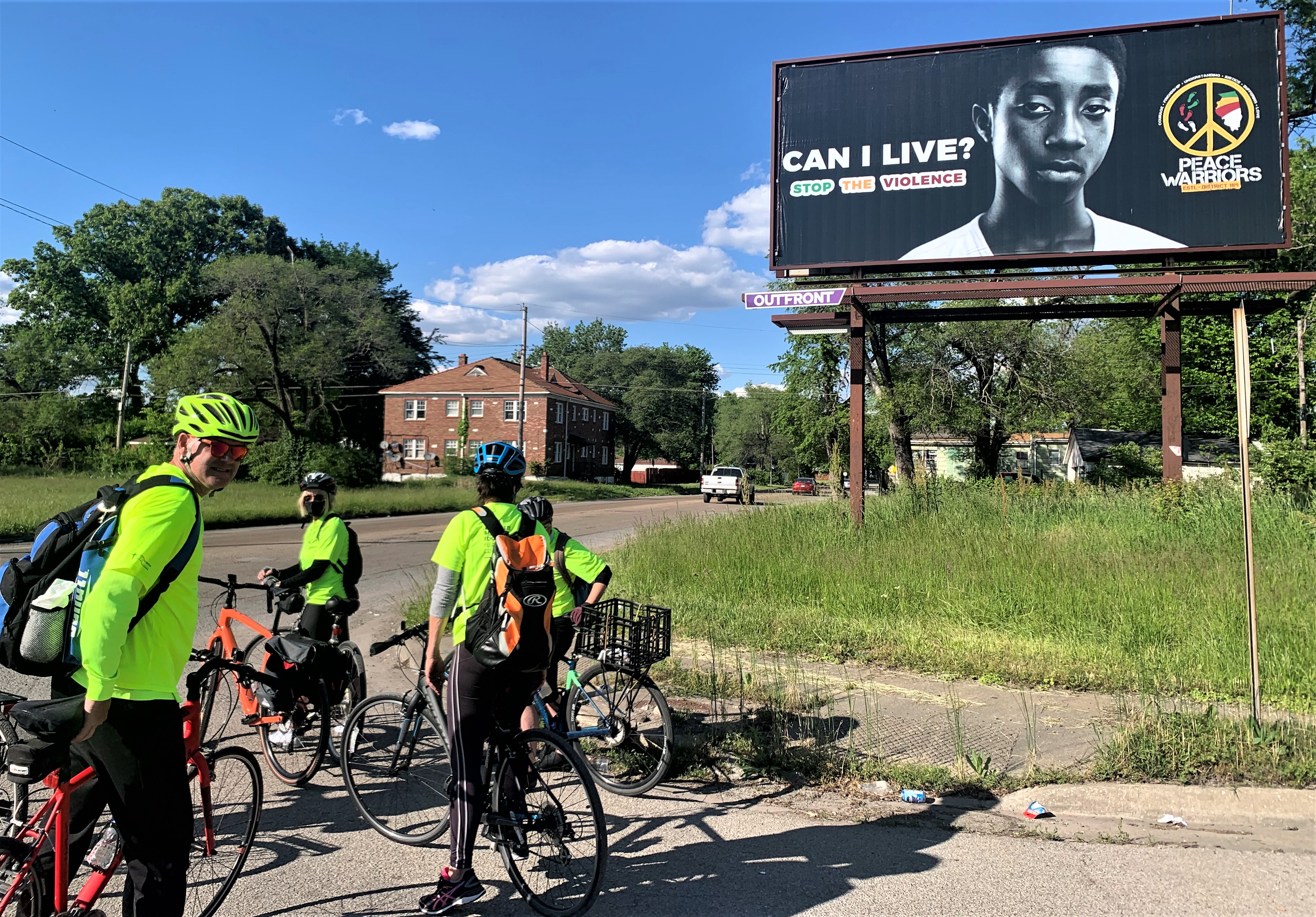 Because outside resources are still needed to sustain this initiative, HEALTHIER TOGETHER is honored to help support the mission of the TRHBFM through its Building Resilient and Inclusive Communities (BRIC) grant made possible with funding from the Centers for Disease Control and Prevention and the Illinois Public Health Institute.

For more information about ways you can volunteer and help the Bicycle Food Mission visit their Facebook site at https://www.facebook.com/pg/TouchetteBikeMission/about/.

For more information on how you can get involved contact us HERE or email us at info@healthiertogether.net.