Marijuana Legalization... What we Need to Know


On Thursday, December 5th, the St. Clair County Drug Prevention Alliance (SCCDPA) invited St. Clair County Assistant States Attorneys Chris Allen and Dan Lewis to their coalition meeting to give a presentation on the upcoming Marijuana Legalizations legislations and regulations. The SCCDPA, which is currently receiving HEALTHIER TOGETHER funding to address Substance Use Disorder, scheduled this event to inform metro east community leaders on the use of recreational marijuana which becomes legal in the state of Illinois on Januray 1, 2020. While there are still so many unknowns to what this will bring, Allen and Lewis did their best to answer everyones questions, explain known laws and regulations, and to help those in attendance to understand the various components of the law.

The 600 page regulation on the Adult Use Cannabis Act has left many with unanswered questions and only regulates and legalizes use at the state level. Federally, marijuana is still considered a schedule 1 drug and the use of marijuana is still considered illegal, meaning that federal charges can still be acquired for the possession and use of the drug. What is clear is that the state legislation is taking precautions in how they are wording legislation, making many of the regulations broad and open to interpretation until other wise noted. There are also many differences in the Adult Use Cannabis Act vs. the Compassionate Use Act for medical marijuana use. An example for this would be that under the Adult Use Cannabis Act, you are not allowed to grow your own plants at home, but the Compassionate Use Act does allow for this in limited quantities.


"Cannabis is not as legal as we might think." 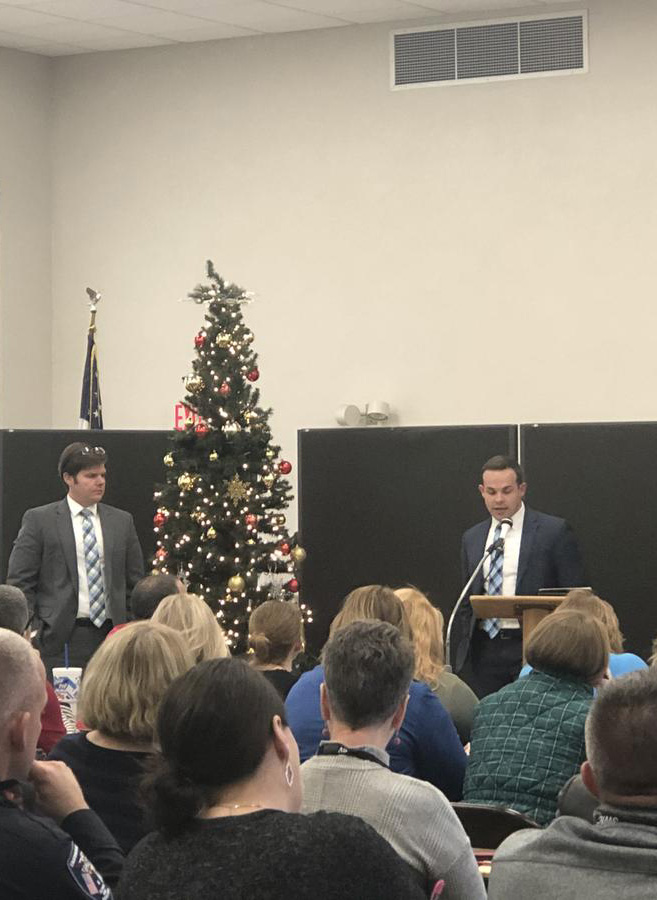 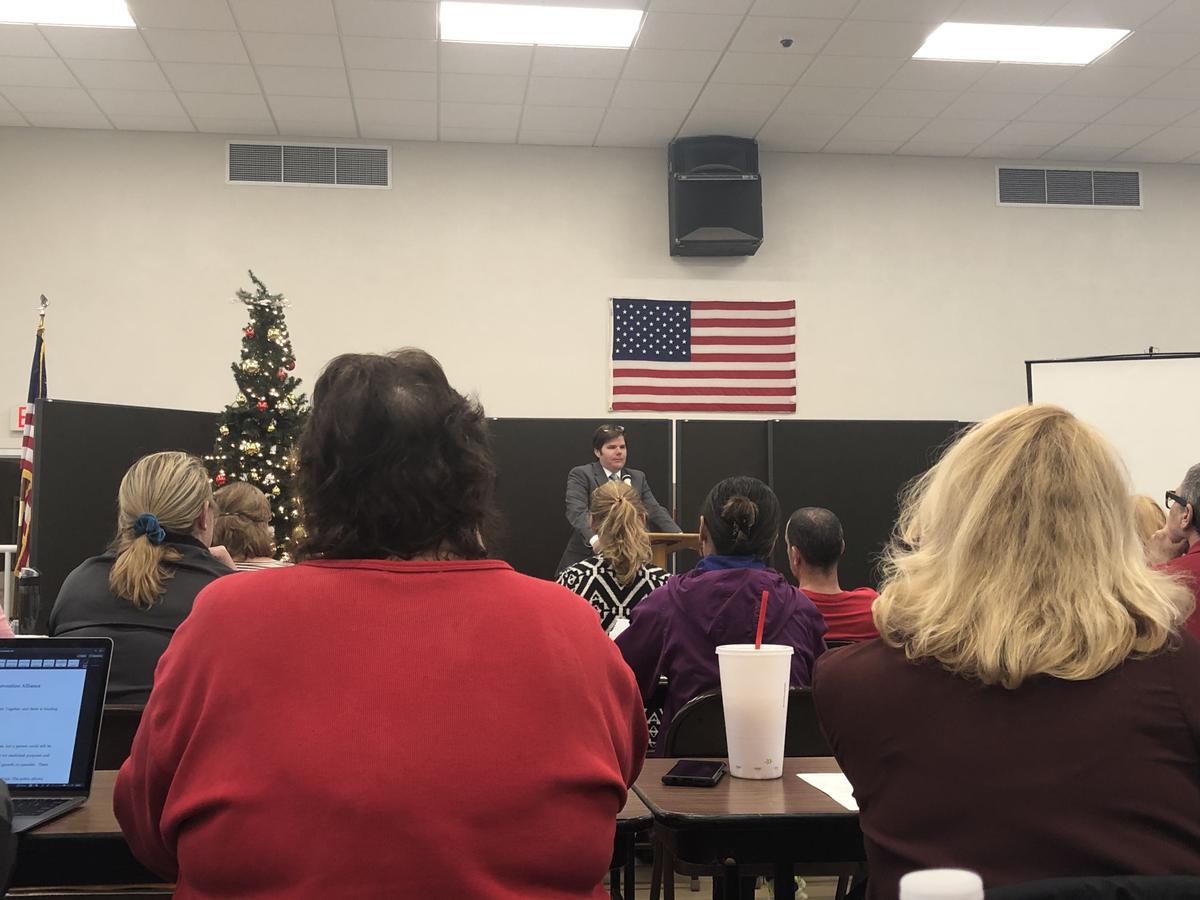 This presentation generated conversation around the topic accompanied by many great questions. A few key takeaway points were:

The regulations were very clear that one could only use their own marijuana in their private residence, and that marijuana could not be used around anyone who is under the age of 21 years of age.

In regards to the amount of cannabis a person can posses, Lewis explained that a person could only purchase and carry up to 30 grams at a time, though this number is lower for out of state residents.

Though there are still many unknowns regarding the legalization of recreational marijuana use for the state of Illinois, it was clear that those in a position of regulating the law are doing their best to learn and understand all they can. Their goals are currently aimed at education regarding the process while doing their best to uphold the laws.

The Adult Use Cannabis Act is effective January 1, 2020 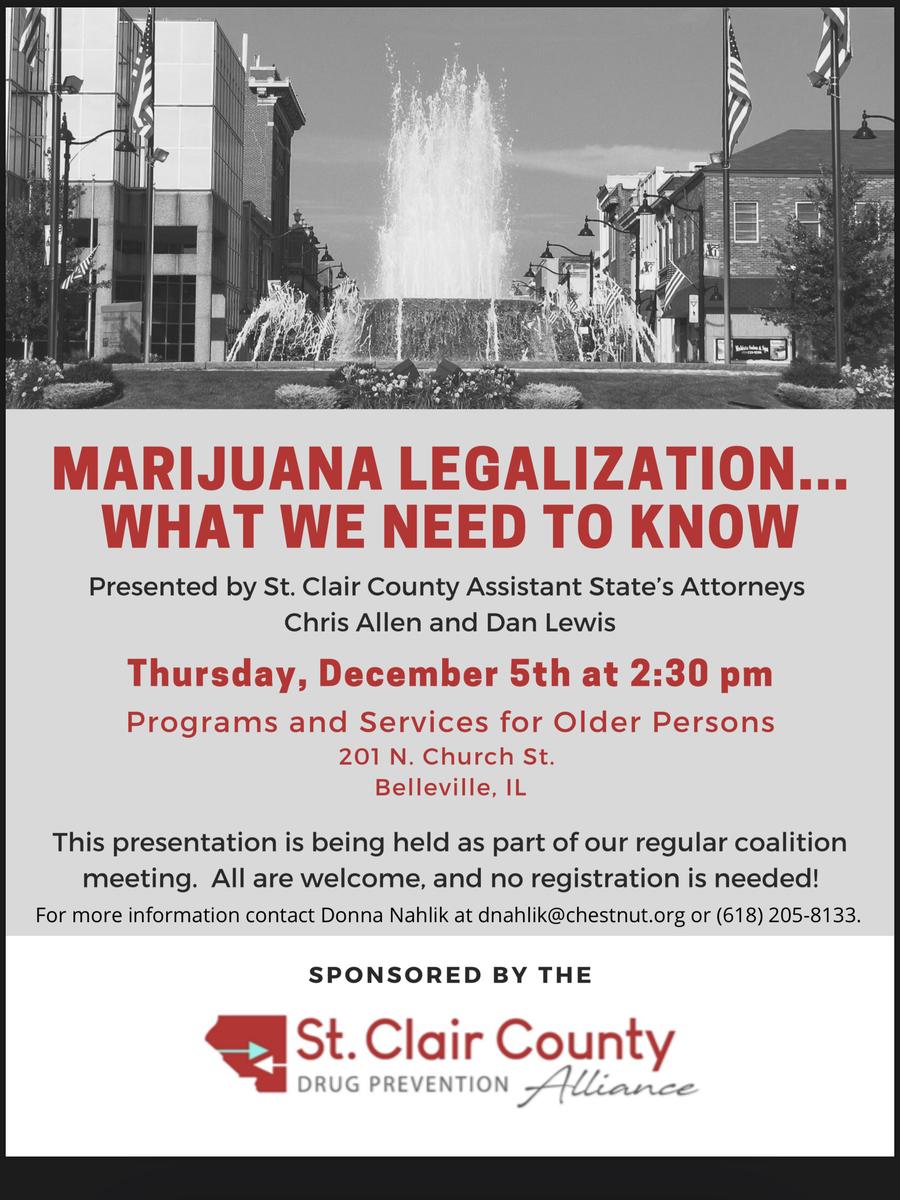